While the catcher plays one of the most integral roles on the field, there are minimal resources available to capture, measure and develop a catcher’s effectiveness. Particularly at the amateur level. Catching evaluation and instruction is about to be revolutionized with the launch of Athelytix’ GRID system.

The GRID has the capacity to measure all key catching metrics, including pop time, velocity, exchange time, and pitch framing with optimal precision.

By tracking the movement of the ball using optical lasers and capturing the mechanics of the catcher using high-speed video, along with built-in 3rd party tools, Athelytix can provide catchers, instructors, evaluators and recruiters with more accurate and complete data sets to maximize performance and enrich player development.

GRID measurements will include:

Pop Time, including segmented Exchange Time and velocity of the throw, along with  location, trajectory and speed of incoming pitch

Multi-view assessment of receiving and framing

A complete battery analysis to enhance pitch sequencing for each individual pitcher, when combined with the GRID’s pitching analysis features.

Pop Time refers to the time taken from the instant a pitch hits a catcher’s glove to the moment it strikes the glove of the middle infielder at second base. This measures how quickly, in seconds, the catcher can get the ball out of his glove and to the base on a stolen base attempt.¹ The measure combines catcher’s footwork (the time to get into throwing position), Exchange Time (the transfer from glove to throwing hand to release), and arm strength (velocity of throw).²

Currently, the average Major League average pop time to second base is 2.01 seconds.  Big league catchers’ pop times range between 1.89 and 2.14 seconds, with average exchange times ranging between 0.4 and 1.3 seconds.³  With minimal margin for error, tenths of a second saved could dramatically change a team’s overall performance.

By accurately capturing Pop Time, and a segmented Exchange Time, The GRID will provide evaluators and instructors with precise measurements to assist in making critical adjustments to their catcher’s mechanics.  This level of detailed analytics will change the way catchers are trained, recruited and evaluated. 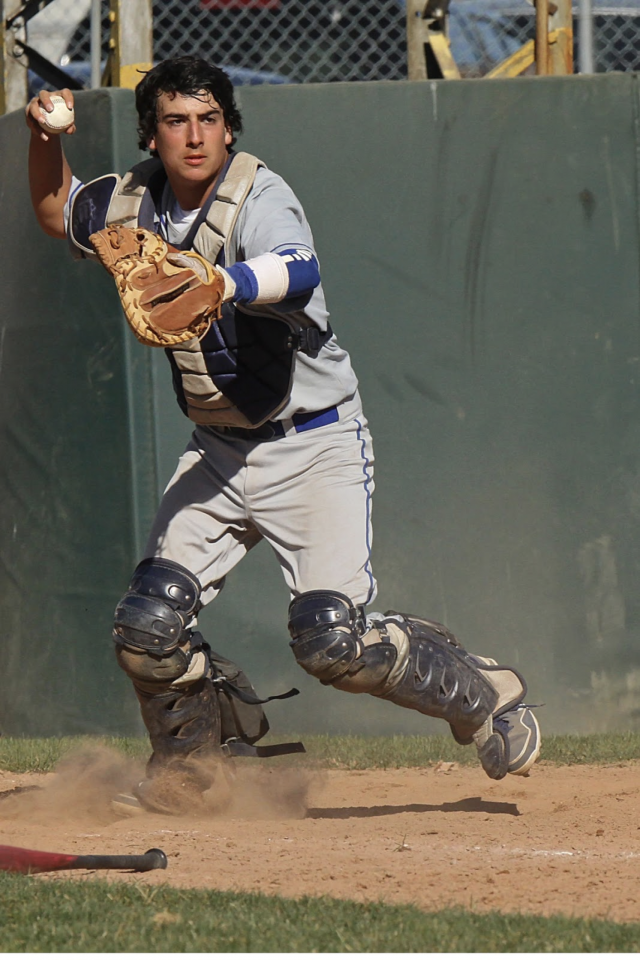 Athelytix provides an evaluation of catcher mechanics, including Pop Time and velocity of throw in one piece of equipment, to enable evaluators to make more definitive assessments of a catcher’s effectiveness.  Evaluators will also be able to compare a catcher’s performance against past GRID sessions, and competitor GRID sessions to confidently make important decisions.

The comprehensive assessment afforded by The GRID is extremely valuable information for a player to be able to share with recruiters and scouts.

Athelytix is a sports analytics company that has developed a laser-based technology—The GRID—that makes professional-grade analytics available to athletes of all ages. Athelytix’ patented GRID system is formed by intersecting lasers that track precise bi-directional location, velocity, and trajectory data of sports objects at a level of accuracy that exceeds both radar and infrared. The GRID, coupled with licensed 3rd party tools, enables players and their coaches to identify optimal mechanics for each individual, accelerating player development and helping prevent injury. More information is available at:  athelytix.com